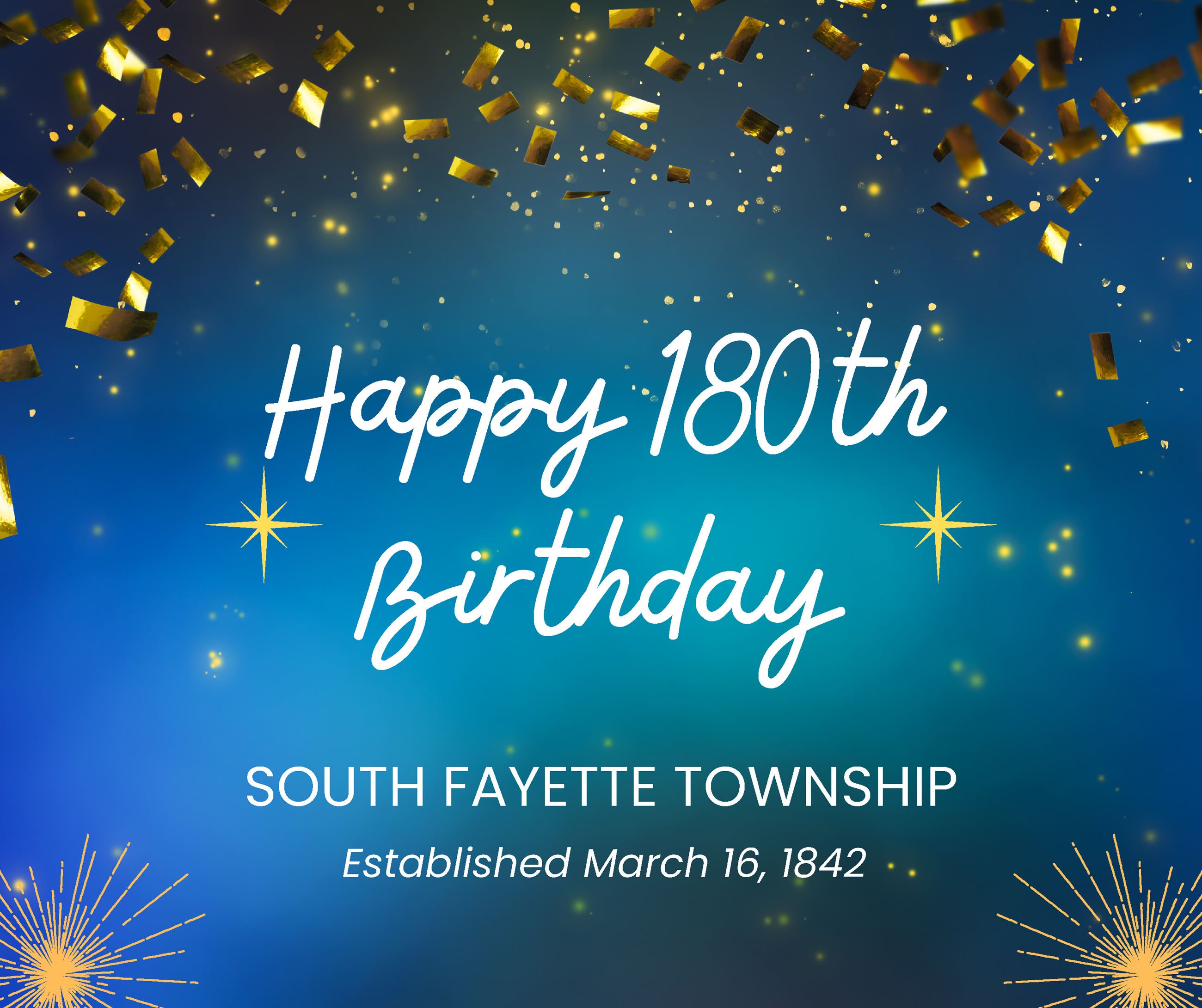 South Fayette Township was officially established on March 16, 1842. Throughout the year 2017, the community celebrated its 175th anniversary with a variety of special events.

A time capsule, buried in Preservation Park, will be unearthed in 2042 to mark the community's bicentennial. 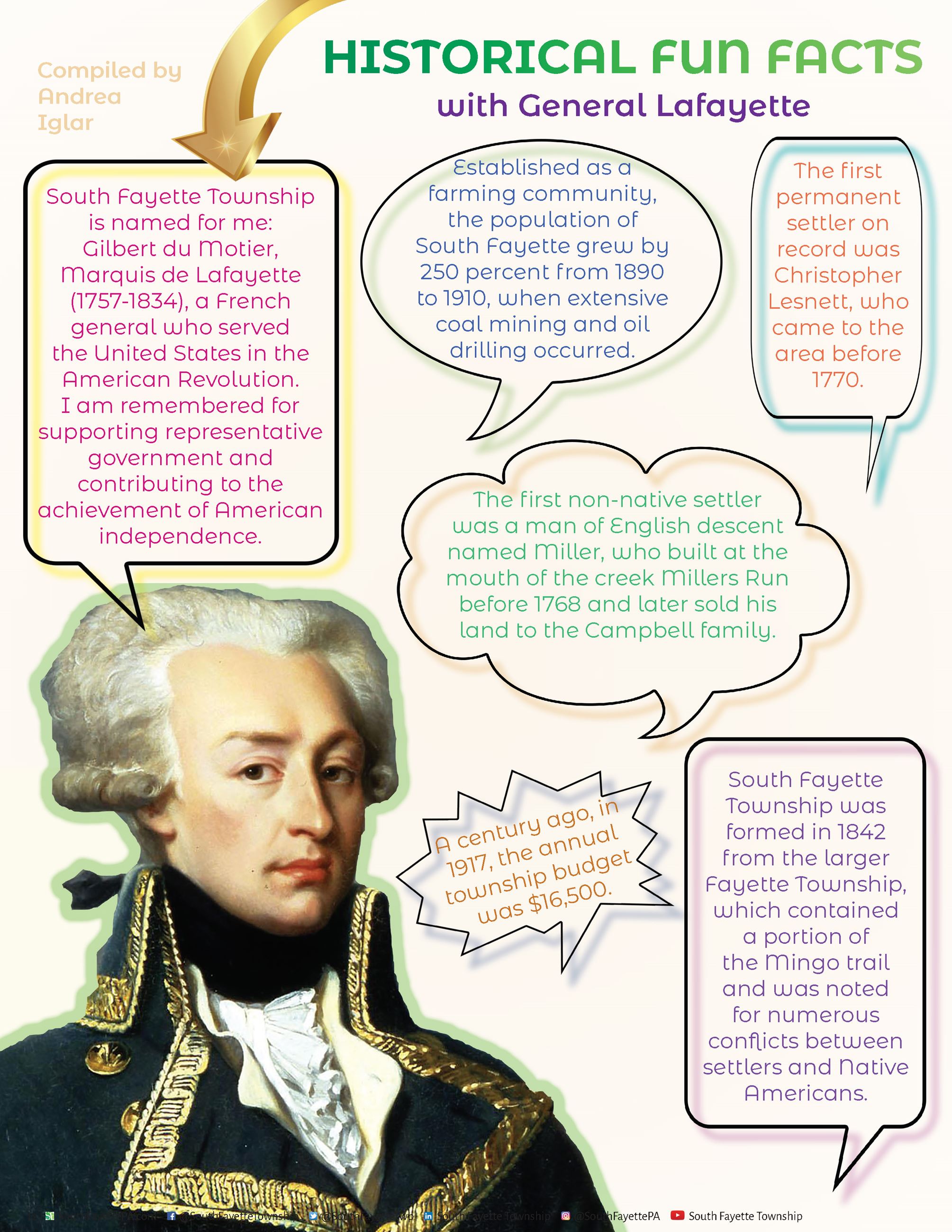 -1834), a French general who served the United States in the American Revolution. General Lafayette is celebrated for his support of representative government and his contributions to the achievement of American independence.

In 2016, the group began setting up a history center in donated space on Battle Ridge Road. The goal is to store and display documents and objects from the past, such as family histories, high school yearbooks, maps, photos and more. The history center is open by appointment only. 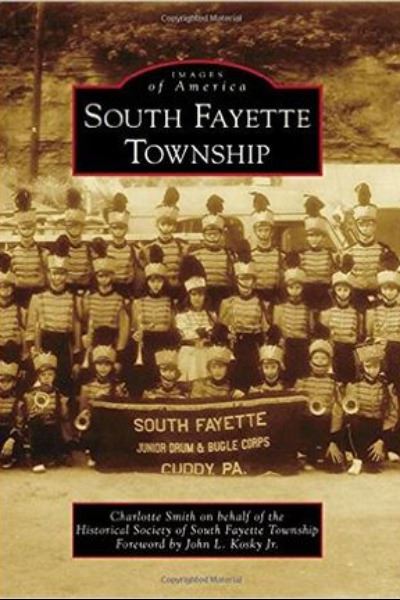